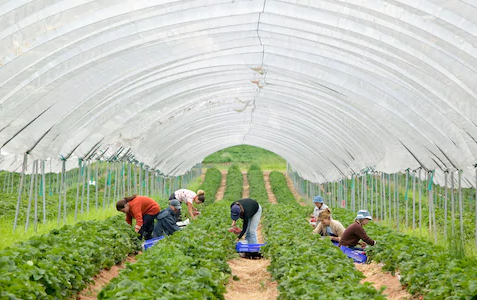 Agriculture has a major role in economic development, broadly in terms of contributions like products, markets, factors and foreign exchange. The product indicates the supply of goods like foods and several raw materials for the industrial sector while absorbing labour. This is the most critical contribution. Also, the foreign exchange contribution of agriculture is in terms of exports of agricultural commodities. And also with COVID-19 crisis, the agriculture has been hit amongst the sectors as a first one.

What is at stake in the fields because of coronavirus in Europe? Farmers are critically lacking seasonal workers. The outbreak of the coronavirus pandemic is having an unprecedented impact on our society and the economy. Our farmers and all the actors in the EU food chain are working hard to continue to feed Europe despite the difficulties they face. 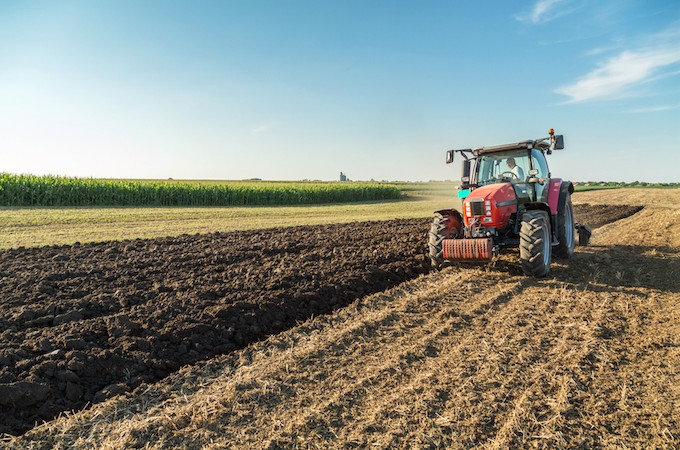 Seasonal workers are starting to be missing. The asparagus season begins in Germany, Belgium and France, but tens of thousands of foreigners are missing in the fields. Italy and Spain report critical shortages of seasonal workers. The French Minister of Agriculture has called on citizens who have lost their jobs to join the “great army of French agriculture”.

In Central Europe, hop workers are already missing. Other problems could arise in the fruit sector, where there will be a demand for thousands of workers in June. In the summer, the number of missing seasonal workers could rise to tens of thousands.

According to the largest organization of Italian growers Coldiretti, up to 370,000 people come from abroad every year to work on Italian farms, fields and orchards. A quarter of Italian food production depends on their work. But now almost no one can get to the almost airtight country, and the new season is just beginning for the farmers. There are one hundred thousand farms in Italy and most of the work is done by seasonal workers mainly from Romania and Albania. However, they usually do not live on farms, but move to them from nearby cities, mostly in groups. This would, of course, be particularly dangerous at a time of ever-spreading disease. On top of that, seasonal workers often live in poor conditions and do not have access to protective clothing, aids and disinfection. The qualifying conditions for unemployment benefit for agricultural workers have been eased and a one-time payment of EUR 600 has been provided for agricultural workers.

The situation is similar in Spain. Strawberry prices are already dropping down because strawberries only last a short time. Besides, there is no one to pick up them, because after the closure of the border between Spain and Morocco, Moroccan seasonal workers, who make up two-thirds of spring and summer temporary workers, cannot enter the country. According to some Spanish farmers, the situation will be even worse. Strawberries are on top of ripening, then come blueberries, raspberries and blackberries. Some Spanish farmers consider the production of agricultural products endangered not only this season but also partially in the coming years.

In France, the situation is not as dramatic as in neighbouring Italy and Spain, but the local agricultural production is also dependent on seasonal workers from abroad. Currently, there is a need for 200,000 seasonal workers in the country. The government has therefore called on French people who have lost their jobs or cannot work due to the spread of the coronavirus disease to help farmers with seasonal crops.

Another country that reports major problems with the shortage of seasonal workers, is the United Kingdom. Every season, local growers need help from around 70,000 temporary workers from abroad. Farmers have therefore launched large-scale domestic campaigns aimed at students and population who are out of work due to the spread of coronavirus. Under the motto “Feed our nation”, advertisements, appeals and requests for help now appear both on social networks and in newspapers.

Germany is also facing an unfavourable situation Eight out of ten workers needed for the harvest of asparagus mucus are already missing. This crop will be in danger of gradually rotting in the ground because there will be no one to harvest it. There are around 300,000 seasonal workers in Germany every year, most of them coming from Poland and Romania. However, the government has already granted an exception under which seasonal workers can enter the country. Some farmers have even offered double salary to experienced workers. However, they are still afraid to go to Germany, which is one of the most affected European countries in the number of infected people. The German Foreign Ministry has also launched the internet platform “Das Land hilft”, “The Land helps”, which connects farms looking for workers in different parts of Germany with people who want to work on the Farms.  Also, the Government has temporarily extended the “70-day rule” for seasonal workers, who may now work up to 115 days until the end of October 2020 without paying social security contributions. It has raised additional income limits for temporary work compensation and farmers´ pensions.

Poland, which is traditionally one of the countries where the largest number of people go abroad for the seasonal work, is now concerned that it will not have enough people on its farms. Most of the seasonal workers in Poland are Ukrainian, to whom the government is now extending work visas in a hurry, as 30,000 Ukrainians have already left Poland and returned home.

Other European countries also lack seasonal workers and have concerns about the future of agriculture after COVID-19 and how it might influence future harvesting. 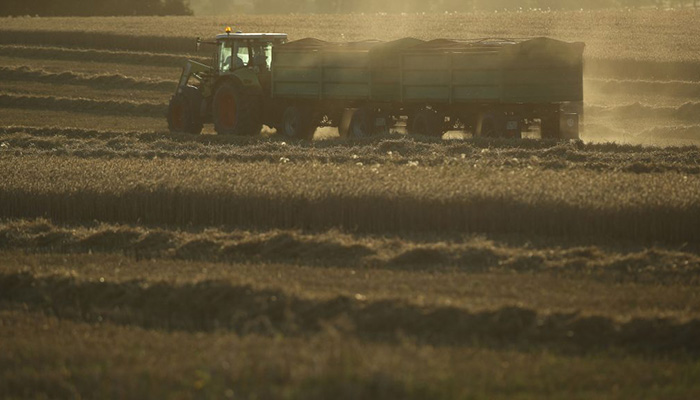 For instance, Austrian fruit and vegetable farms need 5,000 people, so the Ministry of Agriculture has set up a website where people from other sectors who are temporarily out of work can easily apply.

The Swiss, who need at least 33,000 seasonal workers in the agricultural sector, are also worried about the future of their harvest this year, and the Belgians, whose farms so far have about 10% of the required part-time workers.

The shortage of workers will mainly concern labour-intensive commodities. As part of this, it could be expected a fall in prices of these commodities. Another important element that could emerge as a result of coronavirus is the behaviour of customers who begin to prefer domestic products to, for example, vegetables imported from abroad. Now we are on the threshold of a change in societal demand.

But COVID-19 has not created only obstacles in getting seasonal workers but also problems with food prices that will rise even faster. The coronavirus crisis could help domestic production for two reasons. In countries that are severely affected by the pandemic, production will most likely fall and there will not be such a volume of goods that could be imported from these countries. The psychological factor of the consumers will also work. There will be a certain mark in people, even though the coronavirus is not transmitted from food, there will be less trust in products from Italy or Spain. But the countries also need to expand their products range across the board over time, which means investing in greenhouses, covered areas and irrigation. Food prices can be therefore expected to rise. The offer will be slightly lower, and the restriction of global trade will not be created in cheaper foreign competition. This might happen only after the pandemic disappears.

Some main concerns of European countries might range also from the risk of being unable to cope with all CAP (Common Agricultural Policy) administration mainly due to the labour shortages and logistical issues that could jeopardize the functioning of the EU food chain. There might be more uncertainty in the dairy market, depending on the effects of the pandemic, which will also depend on the availability of labour. Logistics can also be a problem due to the lack of shipping containers. For some products, such as milk, there is increasing interest from retailers as households buy more than usual.

However, demand from catering establishments and restaurants has fallen completely, as will also decrease exports to third countries. Due to additional tariffs from the USA, the coronavirus crisis may have an even greater effect on the decline in demand for wine. But the most affected is the flower market, which is facing a huge drop in demand. As the flower market is not subsidized by the European Union and is not covered by the measures for the common organisation of the markets. In particular, the Netherlands is facing problems with the sector dominating and employing around 760 000 people. Demand for flowers and fruit trees fell by 80%.

The COVID-19 has shown the need for digitalisation. Advanced digital technologies can help improve the quality and efficiency of agriculture. Geographic information systems (GIS) are used to identify potential environmental and health risks, which is important when it comes to controlling the spread of a pandemic. The digitalisation should appear also in agriculture where online applications might have immense value. Especially for countries where food production and supply involves many smallholder farmers.  One of the European Member State that operates fully online is Estonia which shows that online applications have been an opportunity how to connect the governments and the farmers, in particular smallholder farmers.

Also, each government might prepare plans on how to support their farmers post COVID-19. As the pandemic has a serious impact on labour in agriculture due to labour shortages and the temporary cessation of production due to border closures, the governments might take immediate actions to support agri-food enterprises to stimulate agricultural production, guarantee social security for seasonal workers, ensure safety and health at work, ensure adequate living conditions for seasonal workers as they often live in very close proximity.

But what is most important is to maintain food security both at household and intra-household levels. The support also lies largely with the state and the community. While the community´s role is critical, its operational success depends on the benevolence of the state in terms of the food supply. Also, the public distribution system will have a critical role. Improving the labour and land productivity would be a critical strategy. For this, changes in the organisation of land, land and water development, food processing and value addition will be important. COVID-19 could reinforce agriculture in a way that will bring more digitalisation, online applications, more cooperation between government and smallholder farmers and more support of national governments.  As regards the Common Agricultural Policy of European Union and its establishment for the period 2021 – 2027, the 27 nations might provide any amendments on how to tackle the agriculture post-COVID-19 and support it in a way of key measures and instruments. On the other hand, the coronavirus crisis might also bring barriers to trade or to lead to higher food costs. But globally speaking, will agriculture be the same after COVID-19?

Any cookies that may not be particularly necessary for the website to function and is used specifically to collect user personal data via analytics, ads, other embedded contents are termed as non-necessary cookies. It is mandatory to procure user consent prior to running these cookies on your website.